"In examining Benton's oeuvre of the last thirty years, one might almost characterize his work as an homage to the square ... Like Albers, who created monochromatic compositions of squares within squares, Benton varies the structural appearance of the square. But in contrast to Albers, who laid the foundations for minimal art ... [Benton's] formal vocabulary is not to be characterized as minimalist but rather as constructivist. His compositions do not seek a meditative peace, like the paintings of Albers, but rather strive for a structural balance in movement. Benton's sculptural forms, abstractions, citations, and kinetic rhythms borrow from real life. Marked by cosmic but not transcendent tendencies, by physics but not metaphysics, by ideas but not theoretical ideology, his works seek nature and humans as partners in dialogue." 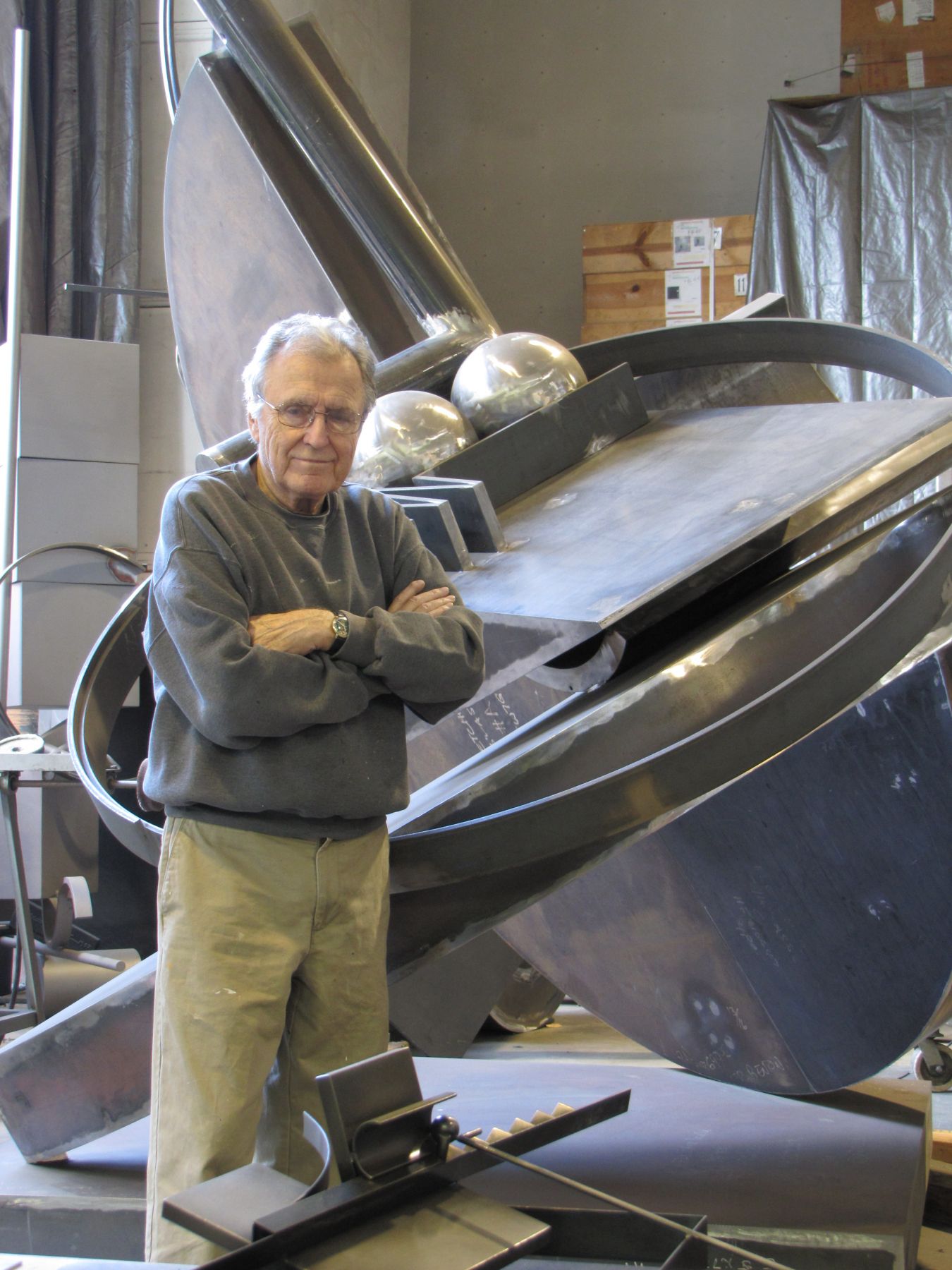 Born in Jackson, Ohio, in 1931, Fletcher Benton showed an early talent for art. From early childhood, Benton’s mother allowed him to use the family’s basement as an art studio and enrolled him in a local painting course. Benton also undertook an apprenticeship with a sign painter, after which he opened his own sign painting business at the age of fourteen. Though he would later explore different avenues of artistic expression, lettering and sign painting remained a near-constant presence in his artistic practice for the rest of his life.

Following a brief stint in the US Navy, Benton enrolled at Miami University in Oxford, Ohio, with the intent of pursuing its pre-med program. His interests quickly returned to painting, however, and he completed his degree in fine art in 1956. After graduating Benton relocated to San Francisco, California, where he immersed himself in the city’s vibrant artistic community.

In 1961, at the California Palace of the Legion of Honor, Benton had his first major solo show, a measure of his rising status as an artist. In 1964, however, a promised show at Gump’s Gallery was abruptly cancelled. This rejection sparked a radical transformation in the artist’s practice, and he began exploring Hard-Edge abstraction with a constructivist bent. Drawing on his knowledge of lettering, Benton debuted a series of kinetic works in a solo show in Los Angeles the next year. The kinetic and abstract elements of his new work led to increased interest from audiences, curators, and critics, and between 1965 and 1967 he participated in numerous high-profile exhibitions nationwide. 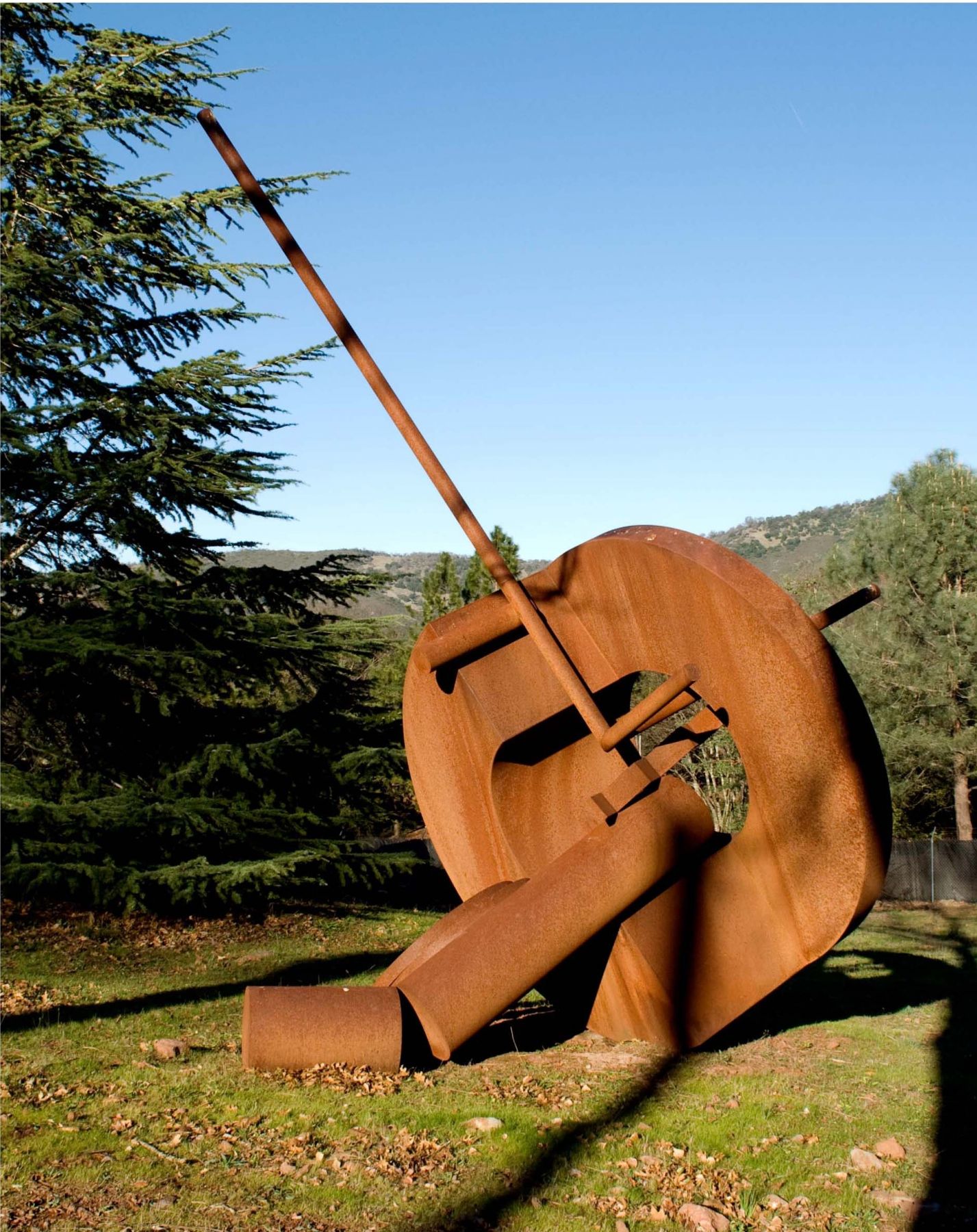 While he continued to exhibit, in 1967 Benton began teaching at California State University, San Jose, where he taught until retiring in 1986. In 2003 he received his first of many major public commissions: Steel Watercolor TriangleRing, a 66- foot-high red-painted steel sculpture installed at the Barbarossaplatz interchange train station in Cologne, Germany. Benton continued his work up until his death in 2019 at the age of eighty-eight.

Benton’s contributions to kinetic art and sculpture were recognized in his lifetime through numerous awards, honors, and public commissions. His works are also included in the collections of such prestigious institutions as the Metropolitan Museum of Art, New York; the Whitney Museum of American Art, New York; the Los Angeles County Museum of Art; and the Hirshhorn Museum and Sculpture Garden, Washington, DC, among others. 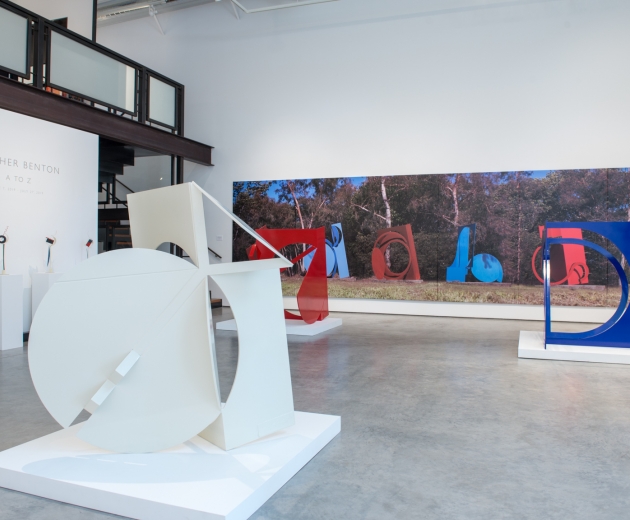 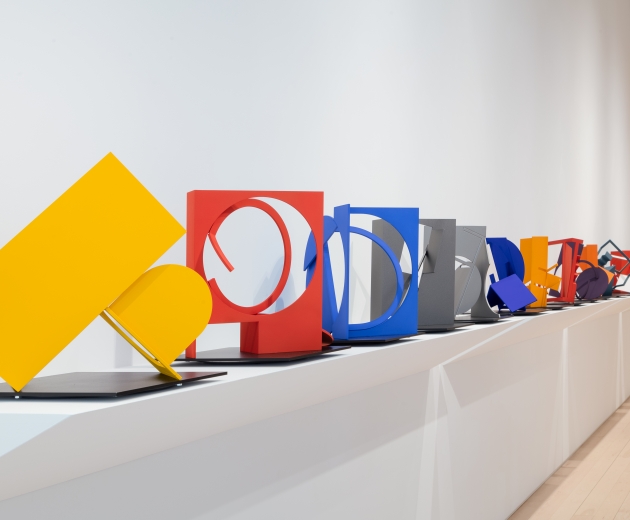